Serbia has limited oil and gas reserves (around 11 Mt and 6 bcm, respectively, in 2016), but has significant lignite reserves (7.1 Gt) and its hydroelectric potential is 27 TWh.

In terms of infrastructure, a new 400 kV line between Serbia and Macedonia was commissioned in January 2016. Serbia mainly exports its electricity to neighbouring countries (Macedonia, Croatia, Bosnia & Herzegovina, Hungary and Montenegro) and imports mainly from Bulgaria, Romania and Montenegro. 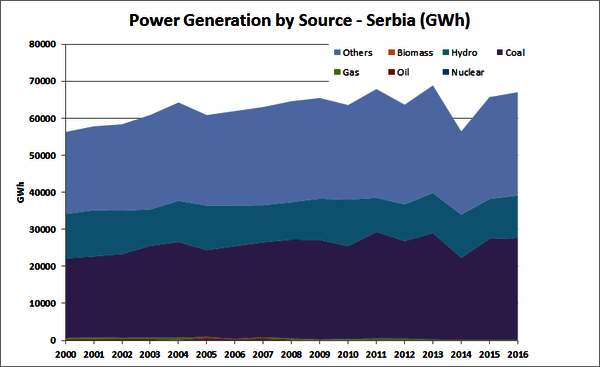 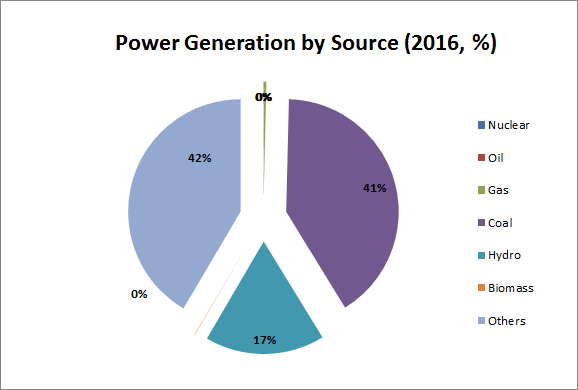 Serbia has always been a net importer of oil and oil products and imports nearly 3/4 of its oi consumption. Although crude production rebounded over the period 2008-2013 after the acquisition of NIS by Gazprom, it has been on a declining trend ever since and in 2015 stood at 1.15 mtoe, the lowest level since 2011. Production has been falling mainly because of a lack of investments and unfavourable oil prices and margins over the past two years.

The country has a refining capacity of 96.000 b/d only at NIS's Pancevo refinery. Crude oil operations at the 50.000 b/d Novi Sad refinery were ceased in 2012 and the refinery now produces lubricants.

National gas production has always been insufficient to cover the domestic market, therefore it relies on import. In 2016, Serbia imported around 1.8 bcm of gas from Russia through Hungary and Ukraine, the import rose by 4.3 % compared to 2015.The largest gas storage facilities are located in the north of the country, in Vojvodine. The  underground gas storage facility (450 mcm) in Banatski Dvor was commissioned in 2011 as part of the South Stream project.

Lignite extraction and transformation activities are carried out from open sky mines in two fields: Kolubara and Kostolac. In 2014, both fields were affected by floods and as a result, lignite supply fell sharply by 26 % to 30 million tonnes. As of 2015, production has recovered and Kolubara provides more than 75% of production (29 million tonnes) and Kostolac around 8.4 million tonnes. In 2016 (+1.6 %) and 2017 (+1.5 %) the production slightly increased. 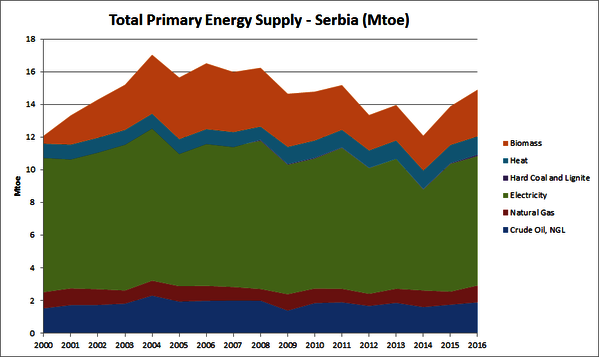