Domestic gas and oil resources are very limited: oil is located in the Pripyat downward area in the southeast of the country where more than 80 oil deposits have been explored. The proven reserves are estimated at 27 million tonnes for oil and 20 billion cubic meters for gas. However, the country contains large reserves of oil shale, estimated at 8.800 million tonnes. Those reserves are not being exploited yet.

One of noticeable domestic fuel resources is peat and lignite.  The investigated reserves of 39 peat deposit sites exploited in Belarus constitute about 87,2 million tonnes.

Electricity generation totalled around 35 TWh in 2019  and is fuelled mainly by natural gas. Natural gas represents about 62% of total fuel use with the remainder coming from oil, biofuels and waste (0,4%), hydro (0,3%) and peat (0,1%). 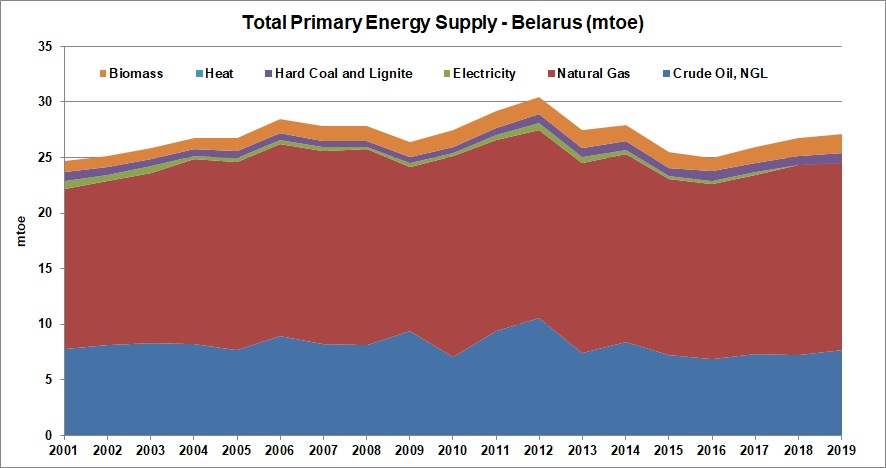 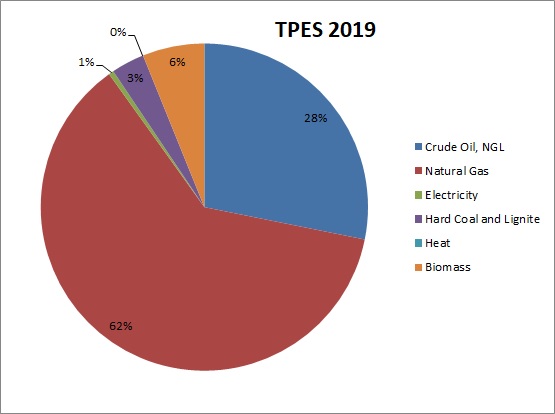 In 2010 Gazprom modernized the Minsk-Vilnius-Kaunas-Kaliningrad pipeline to Lithuania and increased its capacity from 1,4 to 2,5 billion cubic meters per year. Total length of natural gas distribution network now constitutes about 49,5 thousand km.

Belarus has its first nuclear power plant under construction. The first of two units was connected to the grid in November 2020. The project is financed by Russia.

Atomstroyexport is building the 2400 MWe plant, with two VVER-1200 reactors.